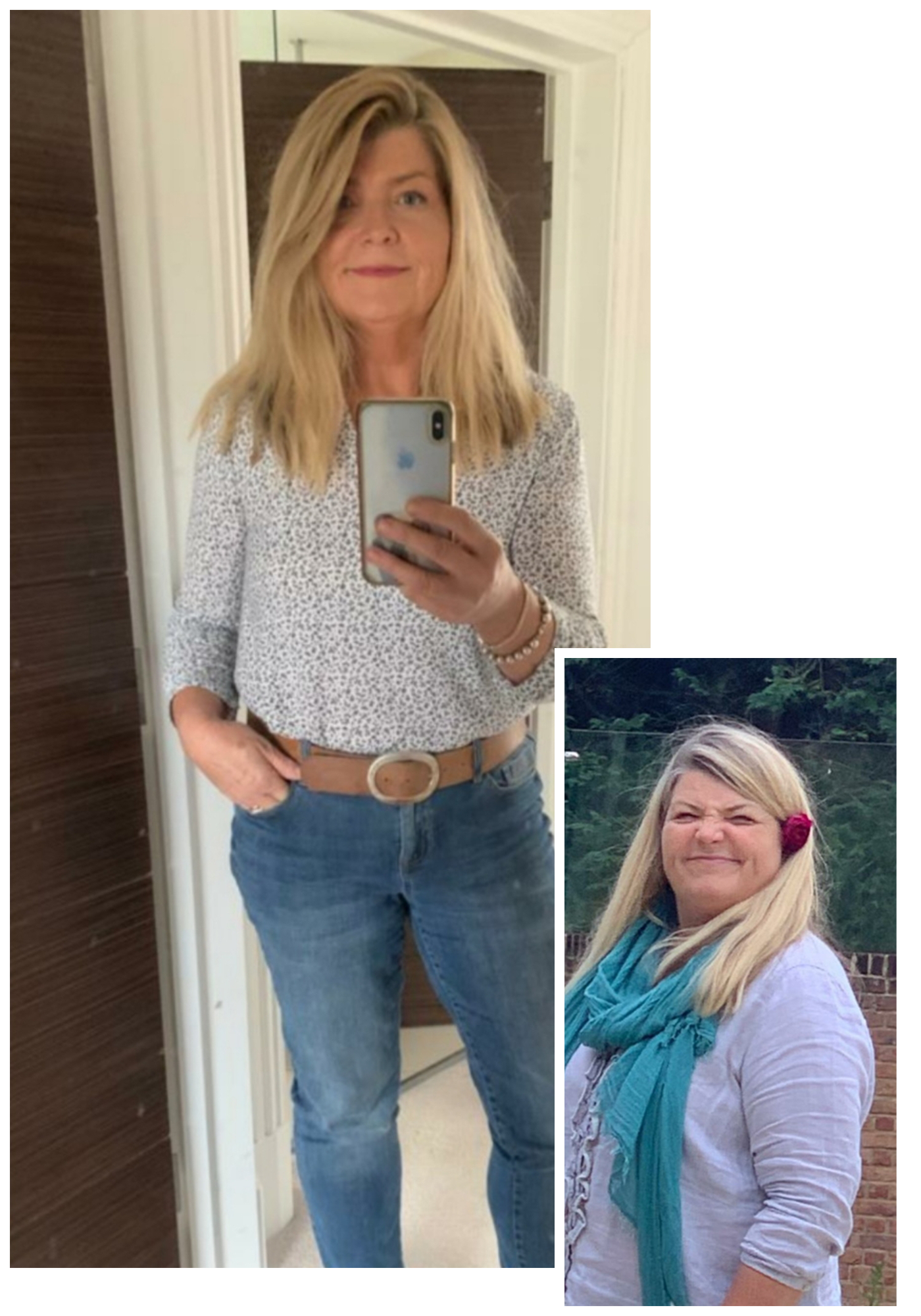 "I will never forget March 20th when it was announced that we would go into lockdown. I became even more obsessed with food and I found myself reaching for the wine opener every evening…which then led to me eating lots of crisps and snacks. I knew I was putting on weight, but I was in denial.

My daughter took a photo of me in April which meant I could no longer ignore the tightening clothes and puffing whenever I climbed the stairs. I realised I needed to do something before my weight started causing me health issues. I tried to lose weight on my own but found it difficult to stay motivated. I turned to the Metabolic Weight loss Programme and started on 23rd June.

I spoke to Daley who was a great listener and was really encouraging. I found the programme so easy as I was able to eat all the foods I loved. I lost a stone within three weeks and it was so motivating for me. I found that by not drinking alcohol, I felt so much sharper and energised after a better nights’ sleep.

My weight loss journey has been an incredible one and I have lost just over 3st so far on the programme in just over three months. I still have just over a stone to go, but I know that I will do this before Christmas. I feel as though I have found a way to sustain my weight loss for the first time ever.

Having Daley to turn to each week has been wonderful and I feel he genuinely cares about how I am doing on the programme…… and I can’t thank him enough."